North Korea is unlikely to implement a major policy change or to suspend nuclear negotiations with the US despite it stressed to protect its national security and sovereignty during a ruling Workers’ Party meeting, analysts said on Monday, calling for the US to take more sincere and concrete steps on nuclear talks.

Kim also called for “positive and offensive measures for fully ensuring the sovereignty and security of the country as required by the present situation,” KCNA reported.

The meeting which started on Saturday was closely watched by the international community amid concerns on whether North Korea will take a tougher approach toward the US, analysts said.

It is not the first time for Pyongyang to emphasize the importance of its security and sovereignty. It may keep this tough attitude for a long time due to consideration of domestic politics but it will not break the “bottom line,” for example, taking nuclear tests, said Zhang Huizhi, vice dean of the Northeast Asian Studies College at Jilin University in Northeast China’s Jilin Province. 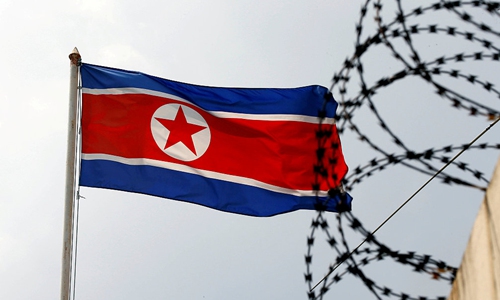 North Korea reportedly said it would send a “Christmas gift” to the US but what the present contains will depend on the outcome of the ongoing talks between Pyongyang and Washington.

Certain US media outlets, including CNN interpreted the message as a sign that North Korea could resume long-distance missile tests as the clock ticks closer to the deadline for nuclear negotiations with the Trump administration.

“It came when nuclear negotiations between North Korea and the US entered a deadlock and ties between the North and South became strained. The sanctions also brought difficulties to its economic development,” said Lü Chao, a research fellow at the Liaoning Academy of Social Sciences.

Although North Korea made harsh remarks, “it remains restrained and may not abandon negotiations with the US. It is unlikely that North Korea will continue nuclear testing or long-range missile tests,” Lü said.

Lü said that the US should take more sincere and concrete steps as North Korea made concessions and especially when both sides desire to keep up the previous momentum of the Trump-Kim summits in Singapore and in the Demilitarized Zone (DMZ), an area that divides the two Koreas.

China and Russia have jointly put forward a draft resolution on the political settlement of the Korean Peninsula issue to the UN Security Council, the Xinhua News Agency reported earlier this month. The draft resolution includes proposal of lifting some of the sanctions on North Korea in light of the country’s compliance with relevant resolutions.

Geng Shuang, the spokesperson of the Chinese Foreign Ministry, told a routine press conference on Monday that the proposal aims to safeguard the peace and stability of the Korean Peninsula, solve the problems via negotiations and push peaceful mechanisms to realize denuclearization. “It is to lift a raft of sanctions on North Korea to meet reasonable demands on the livelihoods of North Korean people.”
Newspaper headline: NK shows ‘restrained attitude’ toward US